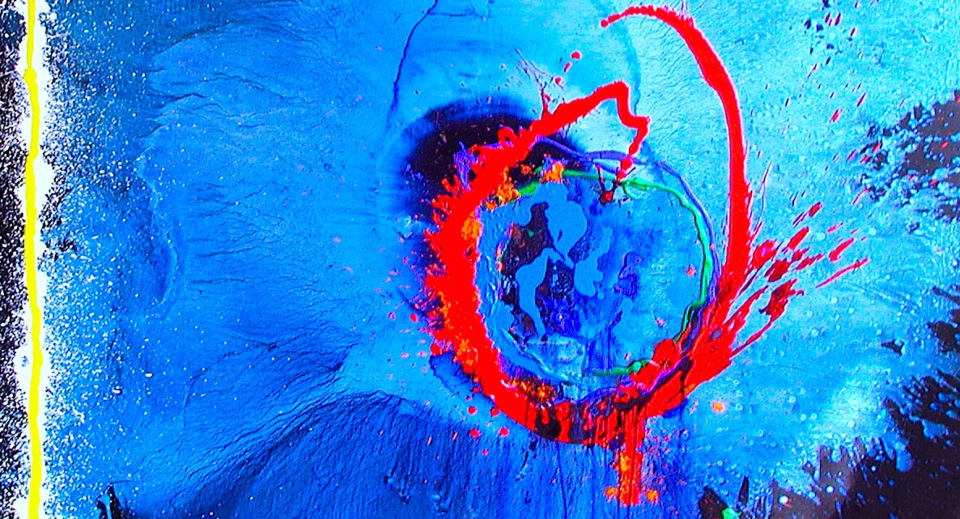 "We really enjoyed visiting the artist in their studio and being able to talk about their work and see what was available..."

A new private client asked us to help them choose art for their new London home which was being extensively refurbished. They thoroughly enjoyed taking part in the Art Review and both agreed that the work by John Hoyland was top of their shortlist, so a studio visit was arranged to John's London studio the folowing Sunday morning. 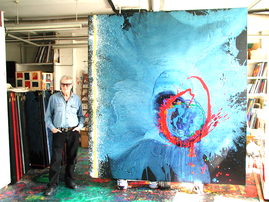 On entering John's studio they instantly "fell in love" with a very large work called 'Lost in Blue' dominating the centre of the studio which John had just completed and was still wet, they both agreed that they were "completely entranced" by it and agreed to buy it immediately.

John Hoyland (left with the painting) was a Royal Academician and as this was one of the largest and most important paintings which John had created for several years he was keen to exhibit it first at The Royal Academy Summer Show before installation at our client's new home when work had been completed. The painting was given a prominent place in the RA Show and the review in The Times proclaimed:

"The highlights of this year's RA Summer Show include a huge Anselem Kiefer triptych, a great rusting chunk of  Anthony Caro sculpture and a John Hoyland abstract Lost in Blue."

We had a very happy client! 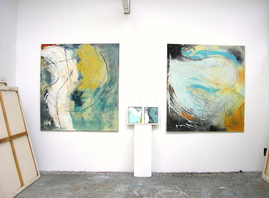 As well as the painting by John Hoyland we also provided work by Day Bowman following a visit by the client to her studio where two large works were shortlisted along with two smaller sketches. These paintings were then transported to Queen's Park so they could be viewed in situ to see if they worked in the space and one was selected for the atrium stairwell shown above. 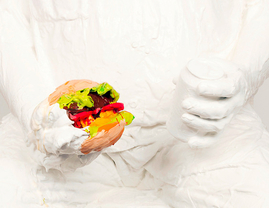 The client told us that they were very keen on the work of Boo Ritson who paints directly onto her subjects and then photographs the extraordinary results. We were able to source several works by Boo and this limited edition photograph called 'Burger and Coke' was selected for the dining area. 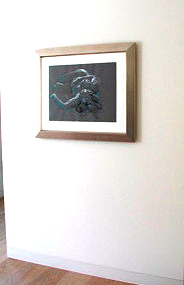 In a challenging 'Art Search' we were also asked to source a tasteful pencil drawing of a nude figure for the bedroom which when framed would be just the right size to cover the television screen and could be raised to reveal the screen by remote control!  We contacted Glen Ibbotson who has been doing life drawings almost every day for the past thirty years and he brought along an extensive portfolio and a suitable picture was selected - the client was so impressed with hiswork that several other drawings were also selected for guest bedrooms. 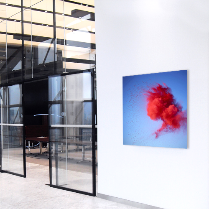 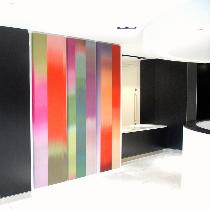 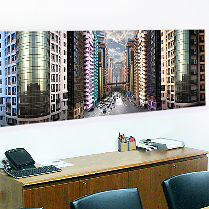 Quotes from our clients 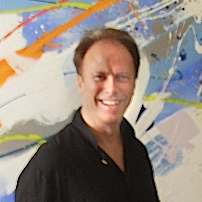 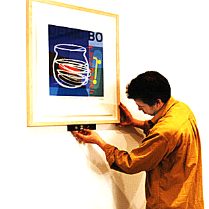 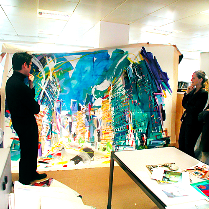 Choosing art at your home, office or at a specialy arranged visit to an artist's studio 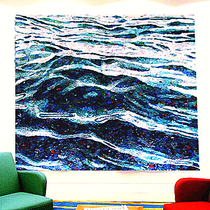 We can provide any form of art including Painting, Prints, Sculpture, Photography, Hangings and installations 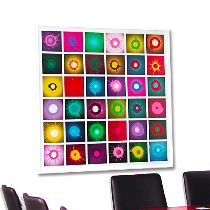 Advice on arranging the commissioning of new works of art 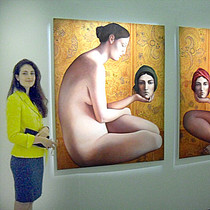 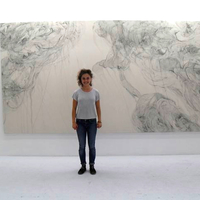 Examples of recently completed work and work in progress